Guild of the Asbestos Weaver 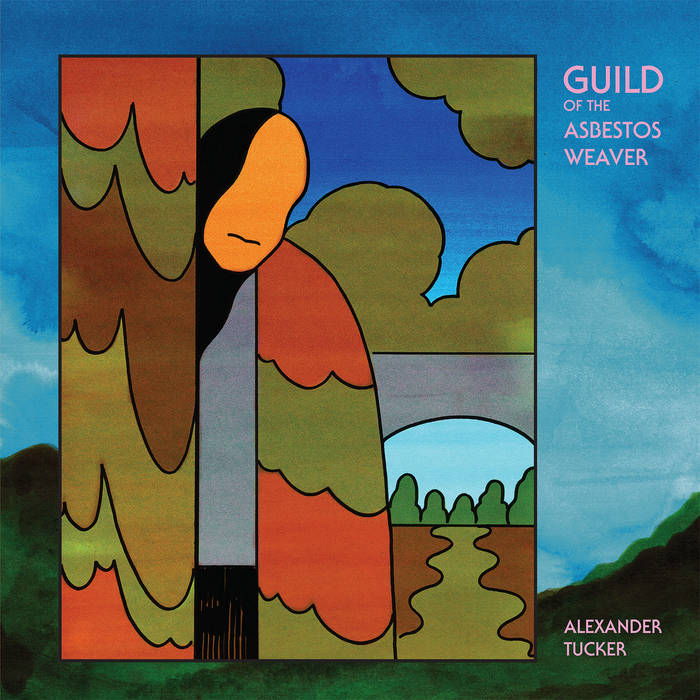 On Guild of the Asbestos Weaver, his eighth studio album and the follow up to 2018’s Don’t Look Away, Alexander Tucker presents an expansion of his sound. Minimalist motifs are sculpted into deep drone constructions, weaving dense layers of maximalist sound to powerful disorienting effect. Through inventive studio manipulation Tucker conjures vivid preternatural landscapes from a synthesis of acoustic instruments and electronic sources. The resulting pieces occupy a unique territory somewhere between paranormal electronics and cosmos-seeking psychedelia, standing as some of Tucker’s heaviest and most hallucinogenic work to date.

Alexander Tucker employs music as a mode of psychic transportation. His collaged lyrics spin tales of parallel dimensions: dream-like landscapes near the end of perception, with scenes of cursed high-rises, giant speakers transmitting across the city, and unknown horrors at the bottom of the sea. Guild of the Asbestos Weaver leans even further into Alexander Tucker’s fascination with science fiction and cosmic horror, bringing it closer into the orbit of his work as a visual artist. He explains, “With this album I wanted to join together separate key influences that have affected my work, from science fiction and cosmic horror comics, film and literature to minimalist, drone and dream music composition. My aim was to weave these elements into repetitious cycles that guide the listener into worlds both uncanny and familiar.” The album title, taken from Ray Bradbury’s Fahrenheit 451, refers to the underground opposition of the dystopian novel’s totalitarian government ideology. Rather than carrying any explicit political message, Guild of the Asbestos Weaver seeks to simply spark the imagination, envisioning an alternate past and new future as the first step towards realising them. Tucker cites “Dreamweapon”, a term coined by Angus MacLise as a key touchstone; reading it as the idea that dreams and alternate forms of perception can be used as a personal fight against the status quo of society, thought and human order.

Digital synthesis and studio manipulation have always been a central part of Alexander Tucker’s artistic practice, but on Guild of the Asbestos Weaver he evidences a true mastery of his machines. Sounds sourced from bass, cello and analogue electronics are twisted into surprising new shapes. Sources are shrouded or revealed, with the line between organic instrumentation and digital production often deliberately blurred. ‘Artificial Origin’ and ‘Precog’ both use hammered and bowed cello, transformed into shuddering industrial rhythm tracks, while ‘Montag’ sees Tucker laminate cello and synths to create something between acoustic and synthesised textures. ‘Cryonic’ cycles across re-sampled beats and vocals, bringing the album to an orchestrated, hissing, crumbling halt.

Guild of the Asbestos Weaver captures Tucker’s boundless vision as a composer. In focusing on the more arcane aspects of his sound, and giving individual ideas and motifs more space to grow and evolve, Alexander Tucker has made his most immersive and intoxicating music yet.

Alexander Tucker is capable of creating immense sounds on such a grand scale that it is astounding to realize that it is (mostly) all the work of just one man. He is one of Britain’s most forward-thinking songwriters and sound sculptors, as evidenced by his solo work and his work with Imbogodom and Grumbling Fur.

Tucker will be releasing new album Guild of the Asbestos Weaver 23 August 2019. ... more

Bandcamp Daily  your guide to the world of Bandcamp